The pioneer chicken processor in Sri Lanka for over four decades, Bairaha Farms PLC was
honoured as the winner of the Environmental Social Governance Initiative of the Year in
Sri Lanka for 2021 at the FMCG Asia Awards. 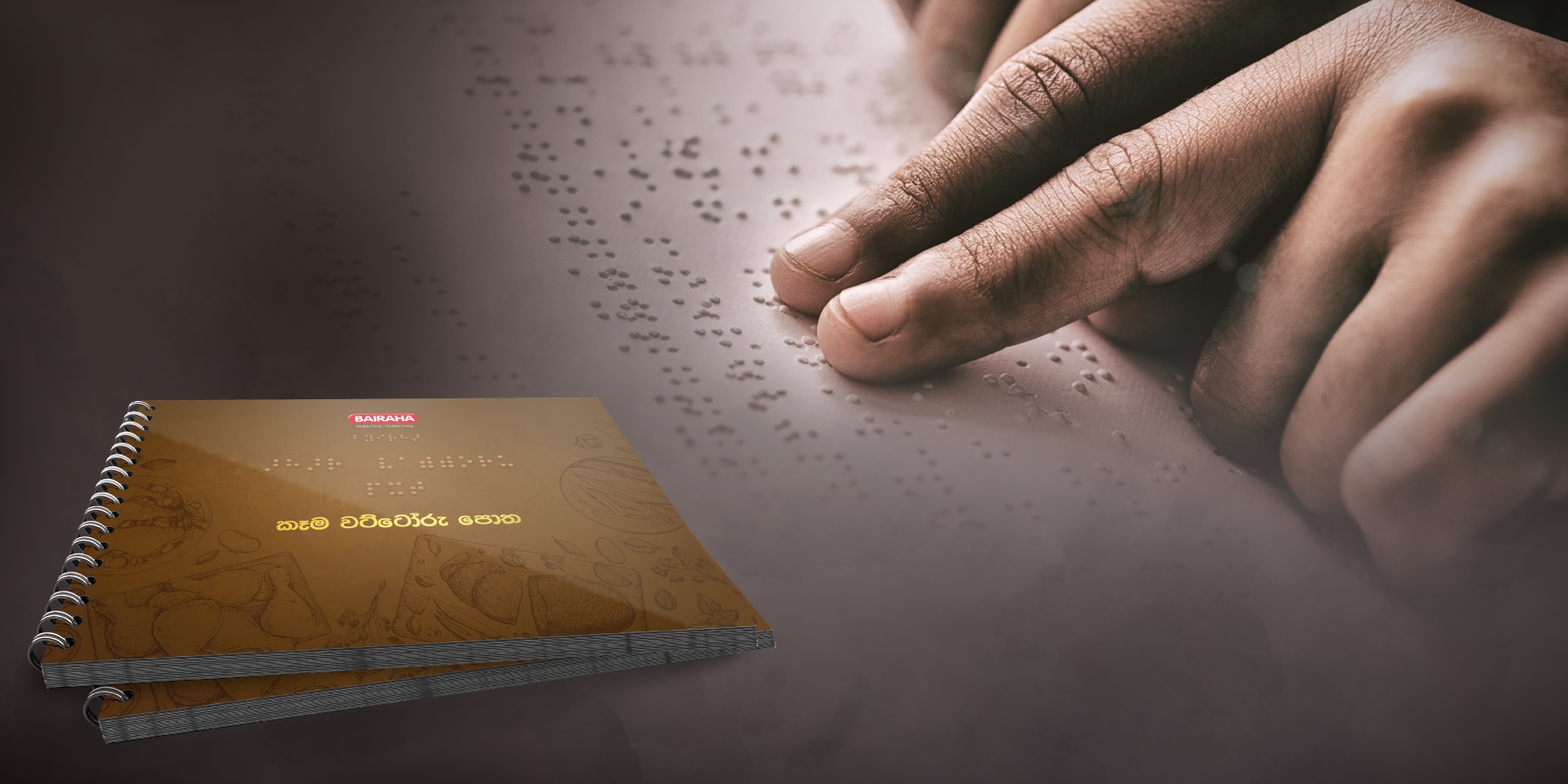 According to reports Sri Lanka has a population of nearly a million who are visually impaired or suffering from conditions that could lead to visual impairment. Bairaha’s sensory cookbook vows to open a world of exciting culinary experiences to this group, who would not get the same opportunity in any other means.Everything from recipes that are translated into Braille code to audio transcriptions has been designed by a team of very talented persons who are visually impaired themselves. Keeping in mind the new experience is viewed through the senses of this special group, the team paid extra care and put in a lot of effort to make the cookbook the best of its kind.Bairaha has also created a downloadable e-book of the same in much larger font sizes for those with partial visual impairments. The audiobook, which compliments the sensory cookbook, is also Sri Lanka’s first of its kind. Both the e-book and audio-book are available on https://bairaha.avant.lk.

Renowned fashion designer Ashcharya Peiris who was listed among BBC channel’s 100 Most Inspiring Women for 2019 also collaborated with the team to bring the cookbook to life.

During a time where books take a backseat, Bairaha is here to remind us that it is time to read, a time to get on a magic carpet to see a whole different world. This is its invitation for you to ‘come and read’ this month. Avant Media partnered with Bairaha as its creative agency to make this journey a reality.The FMCG Asia Awards hosted by Retail Asia celebrates the most outstanding companies in Asia Pacific's fast-moving consumer goods industry that have shown exemplary performance with their innovative products and initiatives.